What's on your mind?

I'm Glad d money appeared and was played by Logan

The fighting scenes were funny

There could of been more filming locations

There were some filler

Overall this was a good titototter video.

I love the wiki so much but something about the drama and toxicity so @Gummy Cow! That is why I made the video.

User 1: I would like to see a picture of The Reality /NDA 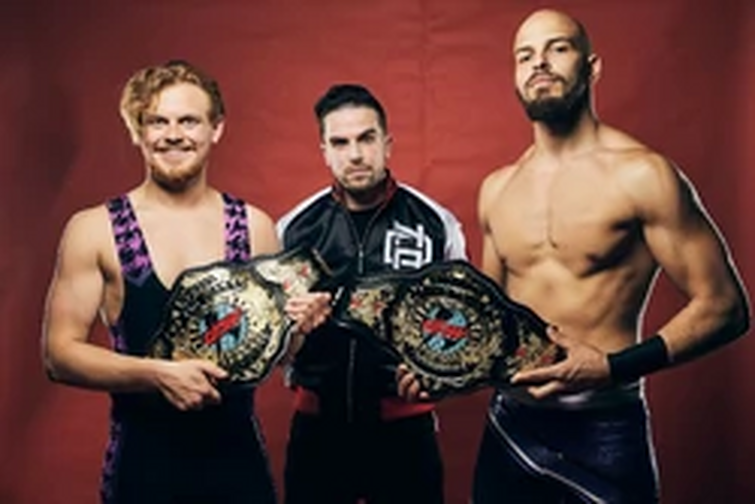 I would like to see a picture of paw patrol

@Gummy Cow! can you join my wiki and make a page named “Champions”.

So I have been training to be a professional wrestler and now I can perform a match at a campground that I am at.

RIP Techno he was and will forever be my favorite YouTuber.

With InternetProblem and Henry being inactive, I have been promoted to a bureaucrat on this wiki.

I plan to keep this wiki alive, and fun. I will be reintroducing some features to bring the wiki back to its glory days, which will include “User of the Month” and “Article of the Month”.

Also, I plan to promote some users to staff, which depends on maturity, experience, and activity depending on which position the request.

With that all being said, let’s get this wiki back to its glory days.

(edited by Gamer372Revived)
Yes
No
Seeing results (me only)

I'm StoriesOfSodorGuy (better known as SOSG) from the SML wiki.

I am here. Please don't ban me. I watch titototter too

Yes, I'm also gonna be reviewing Tito's vids now because why not

+The plot's actually really clever for the most part

+For once, I actually kind of enjoyed Panda. Up until now, the only other Tito video that's even REMOTELY close to resembling a good appearance from her would be Meatball Sub

+Shadow made a somewhat fun appearance at the beginning

-Like I said. Junior should have been played by Logan here

-The ending felt forced and badly played out. What should've happened was Junior would get mad that Panda wasn't actually human and so Junior's anger would turn him into a panda too, so then they'd end up falling in love

-Didn't really like how Amy got off scott free

Overall, this video is just okay-ish, but when compared to what we're used to seeing from Tito, it's pretty good…

Sometime after "Jeffy's Brain!", the real Mario abandoned Jeffy and Rosalina. The real Mario be seen in both Titototter and KirbStomp.

Hi, i'm a autistic fan of titototter & madonna! i hope i feel welcomed!

Yep, says it all in the title.

this one
sml wiki

Tito got a cease & desist letter by SEGA

6 worst: sonic gets kicked out