Titototter Wiki
Register
Don't have an account?
Sign In
Advertisement
in: AOTM Winners, Pages with a section that needs expansion, Characters,
and 7 more 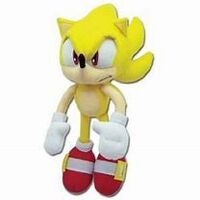 This article won article of the month!
This means that this article is considered to be one of the best articles that Titototter Wiki has to offer.
You can still edit this article, but please be very cautious when doing so. Thank you.

Anthony Miller
Knuckles the Echidna (or Knuckles for short) is a main character in Titototter.

He made his first appearance in TT Movie, Knuckles.

He is a red echidna with big Knuckles, anger issues, and has a medical condition called tumors, which is what is on his knuckles. He is also very short.

He also hates being called short mostly by Jet, which makes him beat him up pretty badly.

He was mentioned in Knuckles The Hand.

Community content is available under CC-BY-SA unless otherwise noted.